Caravan-Serai Tours
Friday Feb 17
Today has been a long day.  It started with a phone call at 2am from Congressman Inslee’s office, calling to invite me to see President Obama when he came into Seattle.  I had to tell them that I was in Saudi Arabia and not able to make it, which I was sad to have to miss the event.  I then went back to sleep but had to get up at 4:00am for an early morning departure with the group to Jeddah.  We left the hotel at 5:30am and on the way to the airport I received a call from a friend telling me that Anthony Shadid (correspondent for the New York Times) had just passed away – that was really very sad and troubling.  I had met Anthony a couple of times and also was at his brother’s wedding less then a year ago. I got another call from someone in the states with the news, too.  Being overseas when something like this happens is very hard. I was not able to get a newspaper or get to a TV until this evening when we finally got to Ula and our hotel. Tried to reach Anthony’s brother Damon, but was not able to. 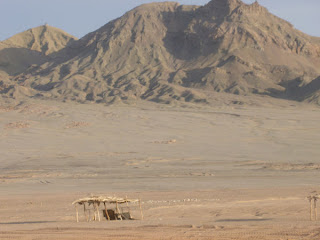 After all this we had a long drive after arriving at Jeddah airport we had taken a 45 minute flight.  From there we got breakfast at the airport for the group and then headed to our bus for the long drive.  We were going to take a flight to Ula, but it was cancelled and the next flight was 5 hours later so why sit at an airport?  Most of the group slept on the ride through the desert area.  We got to Yanbu, an industrial city of oil refineries on the Red Sea and had some lunch and walked on the corniche to stretch our legs a bit.  Then back on the bus – the rest of the drive was really nice and beautiful with different scenery – almost looks like a moonscape or maybe the Grand Canyon of Saudi Arabia. We stopped at the historic Hejaz Station Number 17 and will be seeing the others tomorrow.  We passed by a number of Ottoman homes that are still standing and some are in excellent condition. 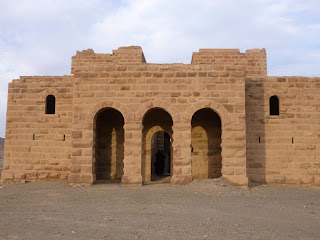 Arrived at the hotel at sundown. Tomorrow will be a fabulous day visiting Madin Saleh.
previous
Saudi Report for February 16
next
Madain Saleh, Saudi Arabia