Saturday February 18
We had an early departure from the Arce Hotel in Ula.  It’s a very simple hotel where the rooms are separate from the main building and they overlook a beautiful green garden in the center of the property and the hills of Ula.  We left the hotel to go to Um Daraj (Mother of the Stairs) in the mountainside of Al Khuraibah.  People climbed the stairs to look at the rock drawings done during the period of 500BC. From there we went to the old town of Ula that the government is trying to restore.
Ula is known as the Nabateen route or the stone route that lead to Jordan.  The Nabateans are the same people that built Petra, and they are famous for knowing where the water is and because of that they had trade routes throughout this region. The scenery in this area is breathtaking and changing from one part to the other. 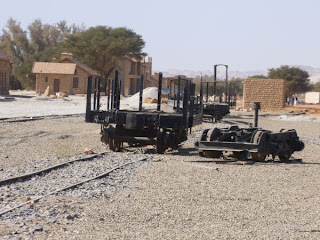 This is the area of Madain Saleh, the ancient homes and graves of the Nabateans.  We took 4 wheel drives into the area.  We also visited the Hejaz Railway Stations numbers 17, 18 and 20. 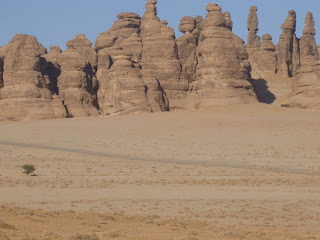 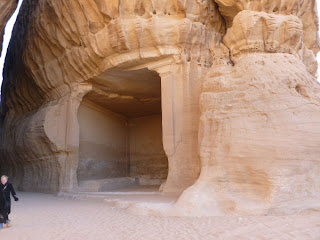 Late in the day, the drivers had coffee and tea and went deep into Madain Saleh to watch the sunset.  It was so relaxing and quiet – that is one thing that all of us kept noting – the lack of sounds of cars, trucks, TV etc.  You forget of the world outside. 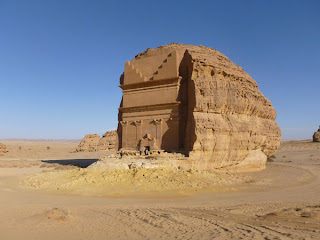 previous
An eventful day in Saudi Arabia
next
Jeddah - February 21