Caravan-Serai Tours
Wednesday February 22
Today is the last day in the Kingdom and Jeddah was it.  We started out early again today and went to the museum of Abdul Raouf, a private museum, but it was closed.  We kept calling the people to let us in but no one was around even though we had purchased tickets and we had made an appointment.  I felt bad for the group so Dawi, the guide, and I kept thinking of different things we could do.  We took them to the Sudanese market which was about 35 minutes outside of town.  This is an area where they have a camel market and milk the camels.  The group, I was surprised, really enjoyed it. They got to see the camels being milked and then they all tasted some of the fresh milk.  It was their first time and it was good, sweet and not so heavy.  Then they played, if you can calling playing, with the camels – they were petting them and one woman since she had milk on her hands the camels would come up and nuzzle her and lick her hand with their lips, not the tongue.  While I was taking a picture another camel came up and started to nuzzle at my ear, WOW it felt good.  LOL!  These guys were really friendly.  The camel herders watching them were having fun watching us interact with their camels. Lots of pictures being taken. 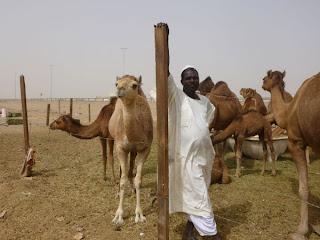 After about a 30 minute visit we decided to take the group for a boat ride on the Red Sea.  Called and reserved a boat and went to the dock- a nice young Yemeni was there to take us around the coast for about an hour to see the homes and the skyline of Jeddah.  The water was beautiful and so clear you could see the coral and the small fish below. They were a number of men on jet skis out and when they saw us taking pictures they decided to put on a show.  What a show some of these guys got the jet skis standing. upright as they were zooming around us.  The group was surprised to see women on some of the smaller boats without their hijabs enjoying the water and sunshine. 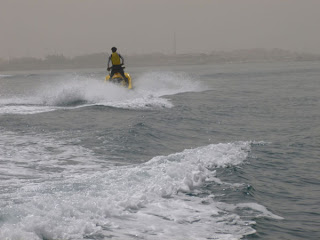 We then went to the Sea Garden restaurant.  Way too much food – one member of the group said she had gotten on the scale yesterday and had gained 5 pounds, even though we have been doing a lot of walking and climbing.
Everyone’s flights were about 2am so off to the hotel to freshen up before we have our last visit to another private museum, also for the Raouf Khalil family. Beautiful place that has been built into a showcase of the Saudi way of life.  The place was not open all the way so we toured some of the rooms and then saw a film about Jeddah and how the museum was developed.  Around the museum were antique shops, which is my passion.  We walked around and people bought some things and I had to resist buying everything that I saw! 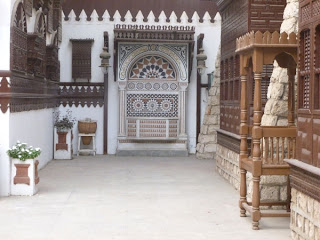 Back on the bus I asked the group to give me their thoughts on Saudi before coming here, and now.
Before coming they thought:
Restrictive
Not friendly
Mysterious
Scary
Fear of offending people
A Mans world
Distant
And after:
Fabulous sites
Generous
Warm
Kind
Caring
Sweet
Modern society
Crossroads of different nationalities
Shows more wealth than Levant
Not all desert – lots of different terrain
previous
Jeddah - February 21
next
A Poem about our Tour of Saudi Arabia