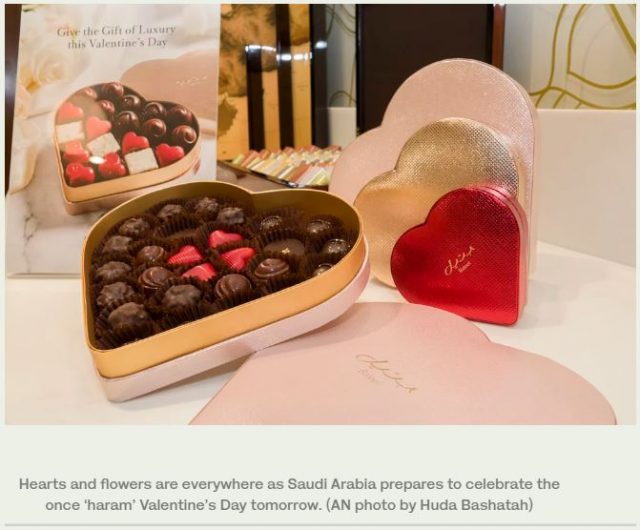 We generally think of this day as an American celebration of love and romance that is completely commercialized and completely American. I think the US is responsible for the commercialization of St. Valentine’s Day, and it has spread somewhat to other countries. However in Estonia and Finland, February 14th is called Friend’s Day and is a celebration of platonic love so single people don’t dread the day there. In Spain chocolate and flowers abound, but they have another day even more romantic than Valentin’e Day: St. George`s Day (April 23) is called “lover’s day”. This celebration comes from the legend of St. George and his epic fight with a dragon, after which he rescued a princess. In France it is believed that the first Valentine’s greeting was sent by the young Duke of Orleans who was captured during the Battle of Agincourt in 1415. He was held in the Tower of London and sent poems and love letters to his wife in France. Also in France, for religious reasons, it is a tradition to travel to a village called St. Valentine where many events and ceremonies are held including the exchange of marriage vows. 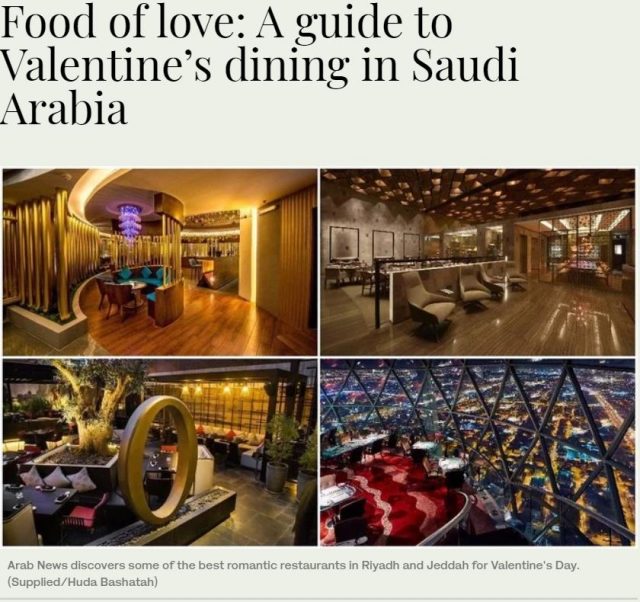 In the Middle East, there are also celebrations of Valentine’s Day across the region. In Saudi Arabia celebrating the day was frowned upon and the giving of red roses and chocolates banned. In 2018 the Committee for the Promotion of Virtue and the Prevention of Vice finally declared that Valentine’s Day did not contradict Islamic teaching or doctrine. Celebrating love was universal,and not limited to non-Muslims. Now you see red heart shaped boxes of chocolates, teddy bears, balloons and more in shops everywhere, waiting to be purchased and given for Valentine’s Day. There are guides now to the best dining places for that romantic meal, and romantic locations to visit with your sweetie. 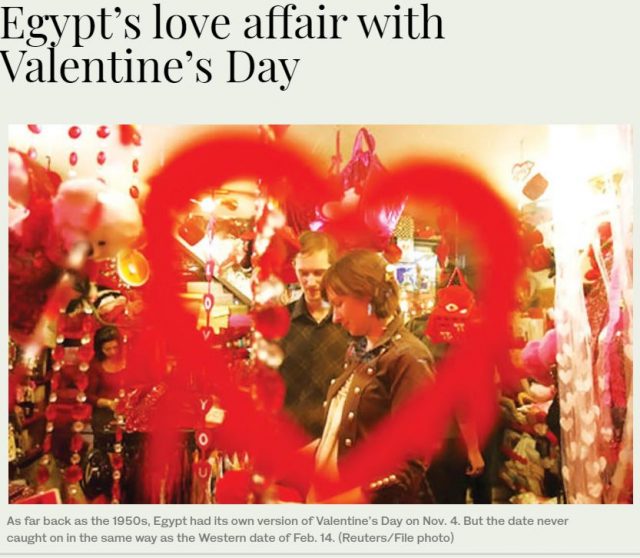 In Egypt the day is extremely popular across society, except with the hardline conservatives, who call it “adultery day” that is only celebrated by Christians. However, the majority of the Egyptian people enjoy celebrating the day and florist shops are full of roses and gift shops are stocked with hearts, chocolates, teddy bears and more, and have an extremely profitable season in February. The restaurants fill up quickly and also have a booming business. Many decades ago a publishing company took a poll asking Egyptians when they thought Valentine’s Day should be celebrated in Egypt to make it uniquely Egyptian and not follow the western tradition of February 14th. They tried to set it for November 4th, but that date never caught on.

Our guide in Iran sent this out today wishing everyone a happy Valentine’s Day with a little history about a Persian holiday of love: 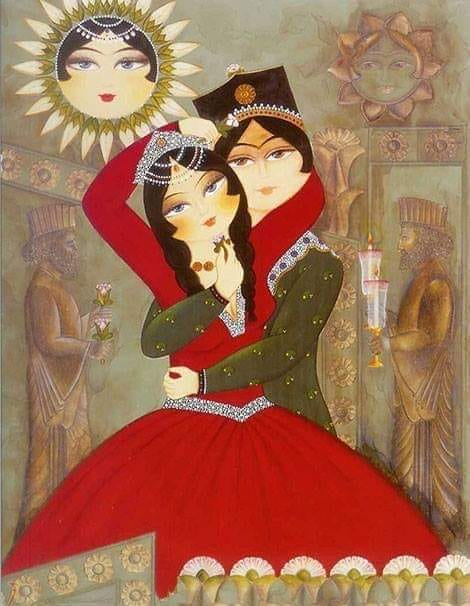 Sepandārmazgān or Espandegān is an ancient Iranian day of love with Zoroastrian roots dating back to the Achaemenid Empire, the first Persian Empire.The deity Spandarmad protected the Earth and the “good, chaste and beneficent wife who loves her husband”. According to him, the festival used to be dedicated to women, and men would make them “liberal presents”, and the custom was still flourishing in some districts of [Fahla](https://en.wikipedia.org/wiki/Fahla) This day is dedicated to Spənta Ārmaiti, the Amesha Spenta who is given the domain of “earth”.The date of the festival as observed in the [Sassanid era](https://en.wikipedia.org/wiki/Sassanid_era) was on the 5th day of the month [Spandarmad](https://en.wikipedia.org/wiki/Zoroastrian_month_names)

The day is usually February 17th and there have been efforts to make this a national holiday to get away from celebrating the western Valentine’s Day. In fact, shop owners were just ordered not to sell or promote Valentine’s Day gifts and that the police would be looking for anything like a big heart shape in their shop windows. The consequence of disobeying the order could be to have their shop closed down. But the people still want to give Valentine’s gifts and the shop owners have removed any overt displays from their windows, but it is impossible to police everywhere and scenes like the street market on February 13th are found. The people want to celebrate love and friendship so they find ways to do so! Love wins! 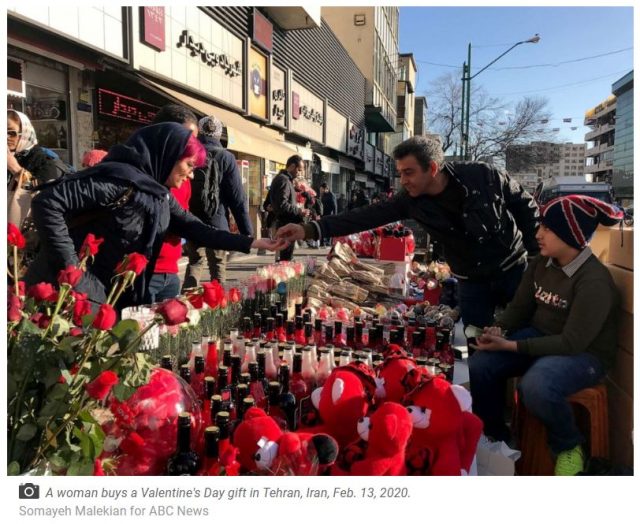 Here is a review of the bestseller The Forty Rules of Love by Elif Shafak. 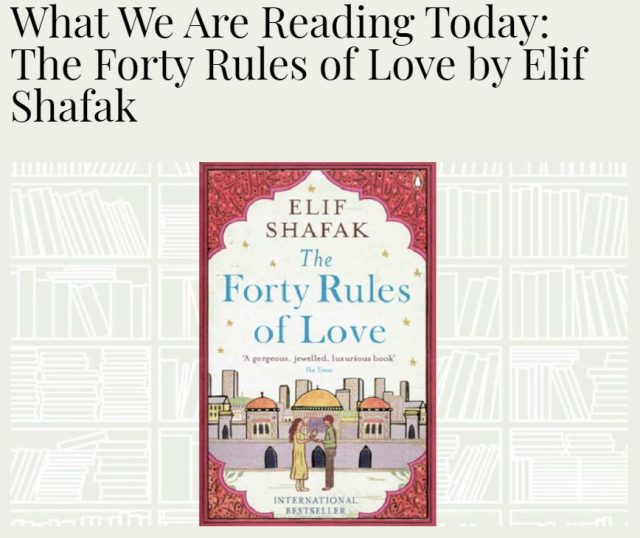